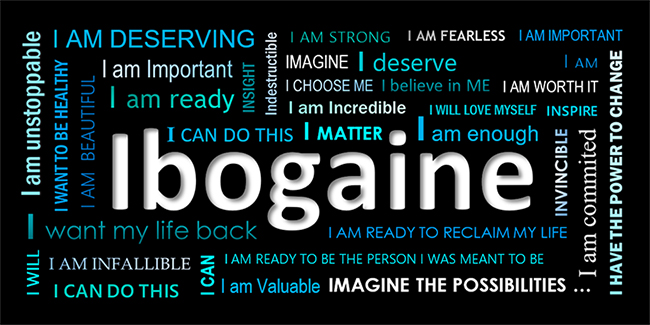 Who We Are and How We Started:
Kirk and Christian Beck founded Recovery OPS following a life-saving experience with the plant-medicine that is Ibogaine! For 7 years, Christian suffered from addiction to opiates, benzodiazepines, and alcohol. His father, Kirk, had supported him through standard rehabilitation, and together they spent thousands of dollars on addiction counseling and pharmaceutical drugs such as Methadone and Suboxone. Yet, nothing worked.  By the grace of God, they were introduced to Ibogaine through a monastery in Arizona. After hearing that this monastery had sent six individuals out of the States for this life-altering experience, and all had been living in sobriety without relapse, Kirk and Christian were convinced. After all, nothing else had worked, and this was essentially their last option.

Following the treatment, they were astonished by the results. The day after, Christian reported that he was NOT experiencing any withdrawals nor cravings; and this was fascinating due to the fact that he should have been in severe pain, and would normally have had an intense urge to medicate.

Furthermore, Ibogaine is as many have put it “brutally introspective.” Not only did he have the physical relief but also, psychologically, he had a complete perspective change on drug use ¬- identifying the deeper reason behind the addiction and giving him a clear strategy for long-term sobriety. Ibogaine unlocked the “therapist within,” and forced Christian to face and deal with the root problems that were ultimately responsible for the substance abuse. They quickly started spreading the word and have been bringing others, including those dealing with depression, anxiety, and PTSD, as well as addiction and alcohol abuse, to this life-changing plant medicine.

Recovery OPS is non-profit and has partnered with Dr. Luis Bautista and Luis Miguel Aguillar, RN, who has specialized in Ibogaine treatment and counseling for 9 years. Our clinic is in Rosarito, Mexico, just 25 minutes beyond the San Ysidro Port of Entry in San Diego. We are a dedicated team, providing a highly effective, professional recovery operation with continued follow-up. Our aim is to keep overhead low to minimize patient expenses, and to restore as many individuals as possible. This is our mission

Why is Ibogaine so effective?
Ibogaine works because it eliminates withdrawal symptoms, while also blocking the cravings and desire to use afterward. Ibogaine’s long-acting metabolite of ibogaine remains in your body for a period of several weeks following ibogaine administration. Noribogaine acts as a powerful anti-depressant, alleviates PAWS (Post-Acute Withdrawal Syndrome), and helps replenish destroyed or desensitized dopamine neurons.

Ibogaine will take you out of a state of active addiction, while effectively and completely detoxing you, and significantly alleviating cravings. Your physical addiction will be eradicated by the time you leave our facility. However, ibogaine is a catalyst, not a cure. Ibogaine provides a window of opportunity for individuals who may have met failure while attempting to avail themselves of more mainstream and conventional detox methodologies

What Services are Offered

If you are opiate dependent, we use morphine up until the ibogaine treatment to ensure a pain-free detox.